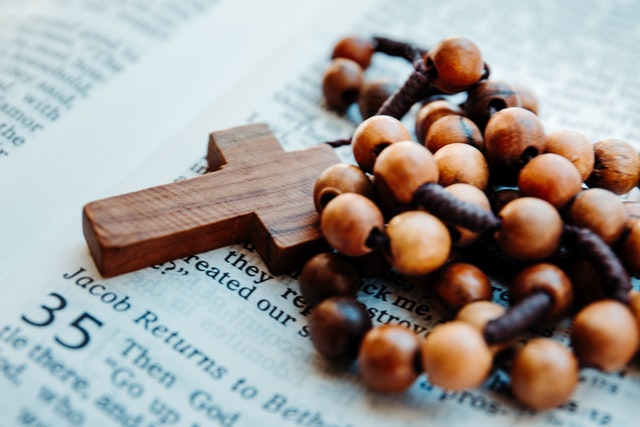 Employment law protects employees from discrimination based on their religion or belief. As a result of the 2010 Equality Act, an employment tribunal will judge as illegal unfavourable treatment of an employee by an employer on the basis of the employee’s religion, philosophical belief or on the absence of such beliefs. Such discrimination can likely happen in recruitment, time needed for religious observance, and dress code and appearance.

Employment law solicitors understand that discrimination based on religion can be ‘direct’ or ‘indirect’, and also involve ‘victimisation’, and ‘harassment’. It also proscribes treating people negatively because of the perception that a worker has a religion. The Act protects all employees on short or permanent contracts, job applicants, trainees, contract workers, office holders, company directors and partners, those who are on secondment and the self-employed. The Act covers all areas of employment, including recruitment.

Indirect discrimination is where disadvantage arises for employees with a religious or philosophical belief, compared to others, due to an unnecessary rule, or a practice, provision or criterion, in the workplace that applies equally to all persons. The rule may be unnecessary because it does not support the achievement of a legitimate aim. Also, whether the discrimination is intentional or indeed obvious is not relevant. An example of such a rule may be that male employees should be clean shaven but that negatively affects employees who wear beards because of their religion.

Harassment is degrading, offensive, intimidating or distressing behaviour that creates a hostile working environment and is aimed at a worker because of the worker’s religious or political beliefs. It includes abusive language, excessive monitoring of work, excessive criticism of someone’s work, etc. A tribunal’s judgement about harassment is partly based on what a ‘reasonable person’ accepts as offensive to the dignity of the victim.

Victimisation is when a worker is treated badly because he or she made a complaint of discrimination under the Equality Act or if an employee was supporting a complaint or made it known they intended to support another worker making a discrimination complaint. For instance, employment legal advice says that an employer should not threaten to sack a worker who has volunteered to be a witness in a case brought under the Equality Act.

Employment law also protects people who are, as stated, perceived to have a religion or belief or is associated with a person who has a religion or belief. Also, any worker who is not the target of unfavourable behaviour can lodge a discrimination case in an employment tribunal. If an employer is made aware of such harassment and does not take reasonable action to prevent it, then an employment lawyer could take legal action.

For the purposes of an employment tribunal, religion is any established religion or belief or lack of such. This includes beliefs such as the Baha’i faith, Buddhism, Christianity, Hinduism, Islam, Jainism, Judaism, Sikhism and Zoroastrianism. It also protects beliefs that are held within a particular religion.

A religious belief must be:

– genuinely held,
– not just a viewpoint or current opinion,
– a ‘weighty and substantial’ aspect of human life and behaviour,
– clear, serious and important, and
– compatible with a democratic society, human dignity and the fundamental rights of others.

Employment tribunals have accepted philosophical beliefs that includes:
– Darwinism
– climate change and the duty to stop it
– opposition to fox-hunting based on the sanctity of life
– ethical veganism, and
– life after death and mediums.

Tribunals have rejected legal claims based on vegetarianism, owning copyrights, the non-existence of transgenderism, and that a poppy should be worn early in November.

An employment tribunal may have to decide on conflicting religious beliefs or protected characteristics. One religious worker may express hostile views about homosexuality. In such circumstances, factors the tribunal might consider are:

– how offensive was the language used and its context,
– whether the conflict was in working time,
– whether there had been a debate about religion or philosophy,
‘unwanted preaching’, and
– how senior the employee was, where the more senior the more likely the employer is justified in taking disciplinary action.

An employment solicitor would recommend that employers should not ban discussion of religion or philosophical beliefs in the workplace but can justify restrictions. Restrictions could be used to protect:

– the rights of others
– the firm’s reputation, and
– a subordinate where a senior subjects views on him or her.

An employment lawyer would advise an employer to have a social media policy for employees about expressing views connected to the organisation. An employer can ask an employee to carry out reasonable duties that are part of the job such as handling meat, alcohol or working with colleagues who have different religious or philosophical beliefs. The Act does not require employers to adhere to employees’ religious or philosophical food requirements but an employment law specialist may advise consultation on such requirements. An employee can ask an employer about religious observances but the Act does not require an employer to adhere to such observances.

News stories related to discrimination on the grounds of religion

Employees who hold religious and philosophical beliefs can now be protected by law. At the height of the Christmas shopping frenzy, Marks and Spencer had to grapple with this new situation when staff were allowed to refuse to sell alcohol and pork on religious grounds. They had to reverse their decision after trade was lost …