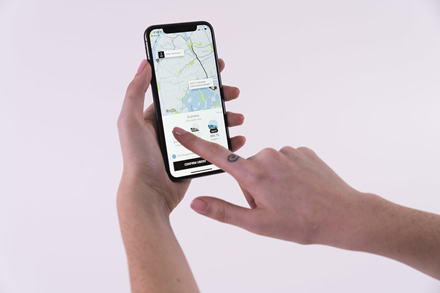 Has Uber caused a car crash for all consultants?

Consultants, and employers who use them – don’t panic!

But it did not drive a coach and horses through employers hiring any type of consultant.

So, despite the need for a contract of employment, it’s not the case that all consultants or contractors are now employees.

The law still sees a difference between how consultants, employees, and workers can be treated by employers and says each enjoys different levels of benefits and protection.

Thanks to S94 (1) Employment Rights Act 1996 (ERA), an employee has the most protection, then comes workers while consultants have the least.

An employee works under a contract and benefits from the right not to be unfairly dismissed after two years.

A worker does not have unfair dismissal benefits but does have some such as the right to holidays and the right not to suffer from unlawful deductions from wages (S13 ERA).

The question then is how do you know which working person is an employee, worker or consultant? The law has been grappling with this puzzle since the days of coach and horses.

Lawyers and judges have come up with answers while dealing with actual cases. They have devised a number of tests that they apply to the relationship between the working person and the employer.

Then there is the ‘mutuality of obligation’ test. Under this, the employer must provide the person with the work, and the person is under an obligation to do it. Under these circumstances, the working person is likely to be an employee.

There is ‘personal performance’. This means the working person has to do the actual work himself or herself and does not have the ‘right of substitution’ where he or she hires someone else to do it.

Another test is ‘form over substance’, where the focus is on an employment contract. Lawyers and judges see the contract as important, but will make decisions based on the ‘substance’ of the employer-person relationship rather than the ‘form’.

Uber gets it wrong

So, what is the Uber fuss about? Uber claimed their workers were consultants or contractors, who did the work through their own businesses. This would mean they did not enjoy any of the employment benefits of employers or workers. A plumber who fixes a homeowner’s boiler would be an example of that relationship.

A consultant’s benefit is that he or she can set expenses of going to work against the money receives from the work. Employees, of course, cannot recover the cost of going to and from work from their income tax.

While many people would prefer to be a consultant, and for employers it would save them national insurance contributions, HMRC, the government’s revenue service, prefers to see them as employees. To add to this, the courts and Employment Tribunals have been raining on this parade since the horse and carriage era.

So, it’s vital that employers and employees/workers/consultants get it right.

Court upholds sacking over a Christmas overtime row
What performance can an employer expect from a disabled worker?