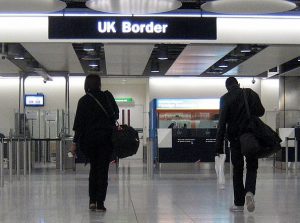 Foreign workers have a right to appeal if they face dismissal over doubts about their UK residency status, appeal judges ruled.

The Employment Appeal Tribunal made a ruling in an unfair dismissal case brought by Pakistani worker, Fahim Afzal, against his employers, a Dominos Pizza delivery franchise.

Judges ruled that the franchisee, East London Pizza, should have given Mr. Afzal an appeal against being dismissed for not showing that his limited leave to remain had been extended.

Managers sacked him in August 2016 because they feared receiving penalties under the 2006 Immigration, Asylum and Nationality Act for employing a migrant with no right to work. Yet, the appeal court found that their letter of dismissal had offered no appeal process.

Mr. Afzal had applied to the Home Office to extend his stay the day before his visa ran out on 12 August. He copied his application in an email to his boss but for technical reasons the attachment could not be opened.

Mr. Afzal brought a case to the employment tribunal yet the court found in favour of East London Pizza. The employment judge found that the company had good employment practices, Fahim did not have the right to stay and there was no case for a rethink by the employer.

The main issue for the tribunal judge was that it was reasonable for the employer to believe that after the 12 August, Fahim’s chance to extend his stay had gone.

Yet, the appeal judges ruled that there had been an error of law and Mr. Afzal should have been given the chance to prove he could have remained.

The appeal judges, though, did not reverse any other tribunal findings, including the dismissal. The case will go back to the employment tribunal for a final ruling.

In general, employers can confirm the status of a foreign worker at the Employer Checking Service. An employer has 28 days from the date a worker’s visa or right to work expires to obtain a status notification from the Service.