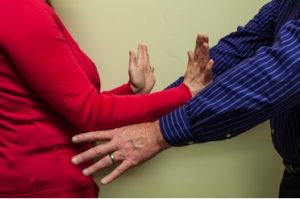 A travelling theatre company was forced to pay over £10,000 after a victim of sex harassment was forced out of her job.

In the case of Haines v Rainbow Theatre Productions, ET/1400362/2017, at Southampton Employment Tribunal, the judge ruled that the company was ‘vicariously liable’ for the sexual harassment and discrimination inflicted upon actress Helen Haines.

The 26-year-old employee put up with demands for sex, lewd comments and abuse from fellow actor, Chay Lewandowski from 30 August until she resigned on 5 November 2016.

After she left, Ms Haines lodged a grievance but abandoned it after the company took a month to respond. Eventually, she took legal action blaming Rainbow Theatre for a breach of Section 13 of the Equality Act 2010 – direct sex discrimination.

The tribunal heard that as well as directly demanding that Ms Haines have sex with him, Chay Lewandowski’s harassment also included calling her a “slut”, and a “c…”. The play’s director, Lee Payne, joined in the abuse by saying “I reckon it’s Helen’s vagina making those noises” and “your tits aren’t as big as the last actress”.

Under Section 109(1) of the Equality Act, an employer is vicariously liable for the discriminatory acts of their employees. The aim of the law is to force employers to stamp out discrimination in the workplace they control.

Very often, it is mainly the employer who is in the sights of a victim employee when they litigate. The employee perpetrating the discrimination is simply added for good measure. After all, it is likely that only the employer has the money to pay the award if the victim wins.

No get out of jail card for employer

The employer argued that if discrimination took place, it was nothing to do with them it because they had already taken all reasonable steps to prevent sex discrimination. Employment lawyers call this the ‘statutory defense’. It is available under Section 109(4) Equality Act.

To dodge liability using the statutory defense, the employer must prove that they took all reasonable steps to prevent the discrimination. Reasonable steps include, putting in place clear policies preventing discrimination and then effectively policing those policies. Enforcement of the anti-discrimination polices should be supplemented by training and courses on required conduct at work.

In the Rainbow Theatre case, not only did the Tribunal reject this defense, but the court also heard that the employer’s conduct did not even make to the jail door of the statutory defense.

It is relatively rare for employers to succeed with the statutory defense. To be able to rely upon it requires foresight, forethought and above all, advance expenditure for training. Sterile policies in an employee handbook will keep the jail door firmly locked.