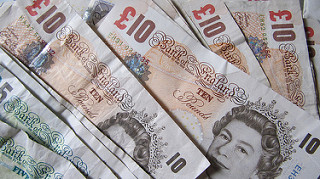 Appeal judges have ruled that a top company can slash its pension costs despite objections from employees.

The Court of Appeal, in IBM UK -V- Dalgleish, backed the company’s plea that the High Court should not have found it breached its duties as an employer.

In 2014, the High Court decision turned on employment law that regards mutual trust and confidence between employee and employer as an implied part of an employee’s contract.

Judges had agreed with employees that when IBM changed its pension scheme they broke a ‘reasonable expectation’ – based on previous statements that they would continue with their initial scheme. Judges also concluded that the company’s financial situation did not force IBM to make the change.

IBM made changes to ‘discretionary’ parts of its pension scheme so that its costs in the future could be reduced. Managers wanted to exclude future salary increases from the pensionable pay used to work out its defined benefits. It also terminated future increases to the defined benefits upon retirement as well as enhanced early retirement.

But appeal judges ruled that employees were being too emotional and the High Court put too much emphasis on them being disappointed because their expectations were not met.

Appeal judges declared that a rational approach was required and looked at whether other issues should have been taken into account at the High Court. The bottom line was that IBM had acted rationally when they made their decision and that meant that there was no breach of mutual trust and confidence.

The lesson for the employer was: if you act on your discretionary powers you must act reasonably. In this case, the Appeal Court found IBM acted with reason and justification.

The High Court decision was regarded as a landmark in pensions cases but the employees could still go to the Supreme Court.